I visited this garden back in June and have wanted to write something about it ever since as it is such a beautiful example of how to deal with a sloping landscape.

The garden has its own website www.fairlightend.co.uk, here is a description of the garden from the homepage.

It’s set in the Sussex Weald, yet only a mile from the sea. The site is windswept, steeply sloping and has great views out across the countryside.

The 3 acre garden contains extensive wild flower meadows with mown paths, an orchard, a hazel coppice, and 2 natural ponds. There is a model kitchen garden with 30 raised beds.

Near to the house, Ian Kitson has designed a split level garden with corten steel wall and plant supports, herbaceous planting, decking, all around an ancient cherry tree; a hanging garden where 2 sets of steps lead from the house to the meadows below; and a winter garden intersected by a sinuous corten steel wall.

All the steel features in the garden were made in a foundry 7 miles away. The corten looks great set against the brick and tile features of the house. It is unshrinkingly modern yet it recognises that, centuries ago, the Sussex Weald was alive to the sights and sounds of iron working.

Informally clipped groups of hornbeam, hawthorn, holly, pine and yew are scattered through the garden, their shapes reflecting those of hedgerows and tree canopies in the borrowed landscape beyond the garden.

Fairlight End received a 2015 Award from the Sussex Heritage Trust. The judges’ citation commented: ‘A thoughtful and beautiful integration of the countryside and garden landscape with contemporary elements, such as steel borders, in an infinity style. Sculptural pieces complement the listed house and act as plant supports. Old character trees add a timeless feel to the new plantings.’

One of the most notable elements of the garden is the way it compliments the surrounding landscape perfectly whilst still retaining a contemporary feel. The use of curves throughout the garden echo the rolling hills and hedgerows in the distant views. The wildflower meadows flow seamlessly from the garden to the fields beyond with mown paths snaking through giving a feeling that the landscape has been maintained as a garden whilst also allowing nature to express itself.

The wildflower meadows here are some of the most successful I’ve seen. These were achieved, I was told by the owner, in part from hay donated by Wakehurst. The hay was laid over the ground and left for a few weeks to allow any wildflower seeds to fall through onto the ground below. The results are stunning with a diverse range of wildflowers including Knapweed, Hawkbit, Ladies Bedstraw, swathes of Oxeye Daisies and many Common Spotted Orchid.

The areas closer to the house are designed in Ian Kitsons recognisable curvaceous style including use of corten steel retaining walls. The warm rusty colour of the steel picks up on the colour of the tiles on the house whilst the curved design works well with the sloping and undulating landscape. The retaining walls are used to great effect to create areas of flat lawn amongst the billowing grasses and shrubs making a striking contrast.

A very beautiful garden with a lovely natural feel, I can’t wait to return next year! 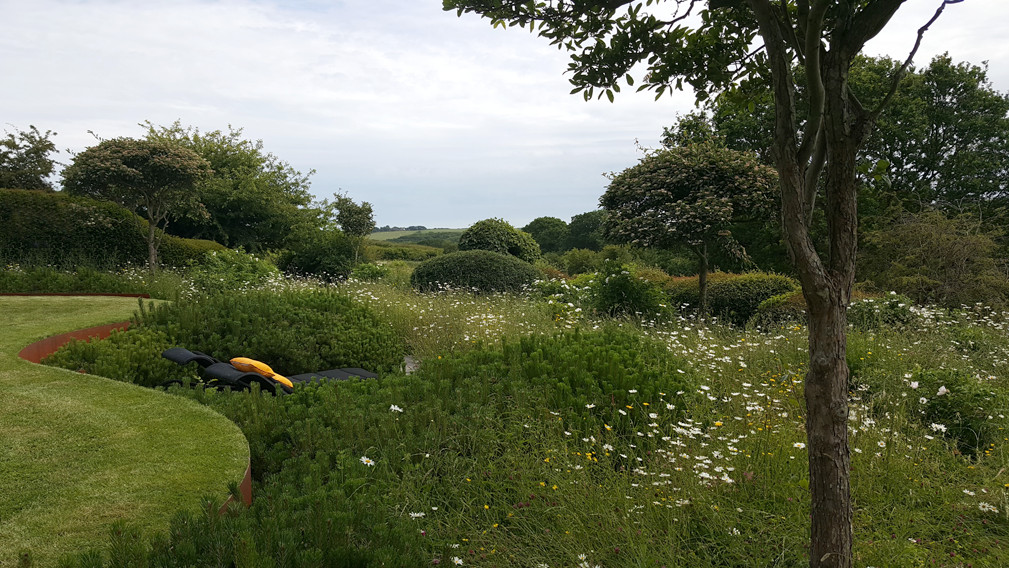 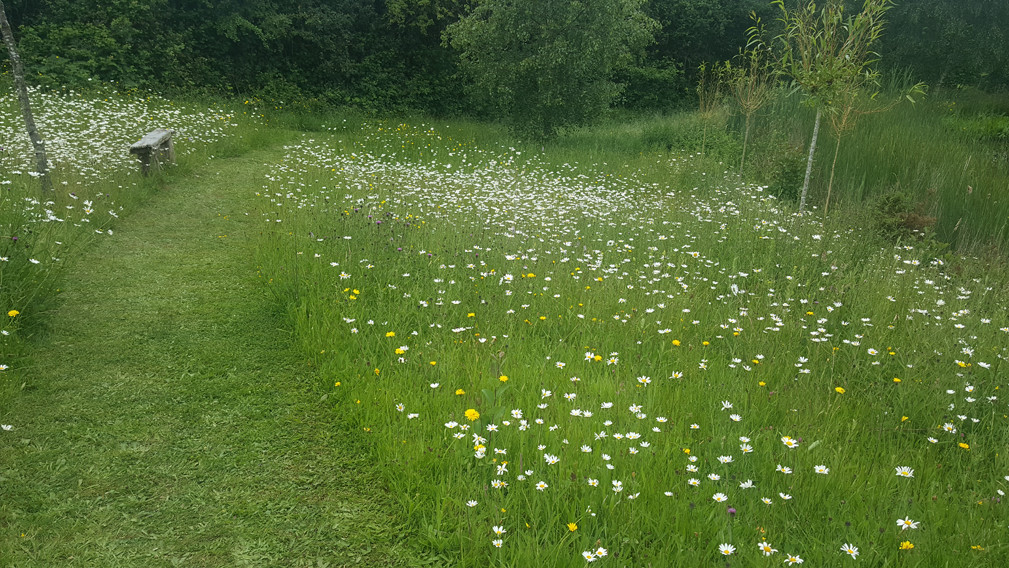 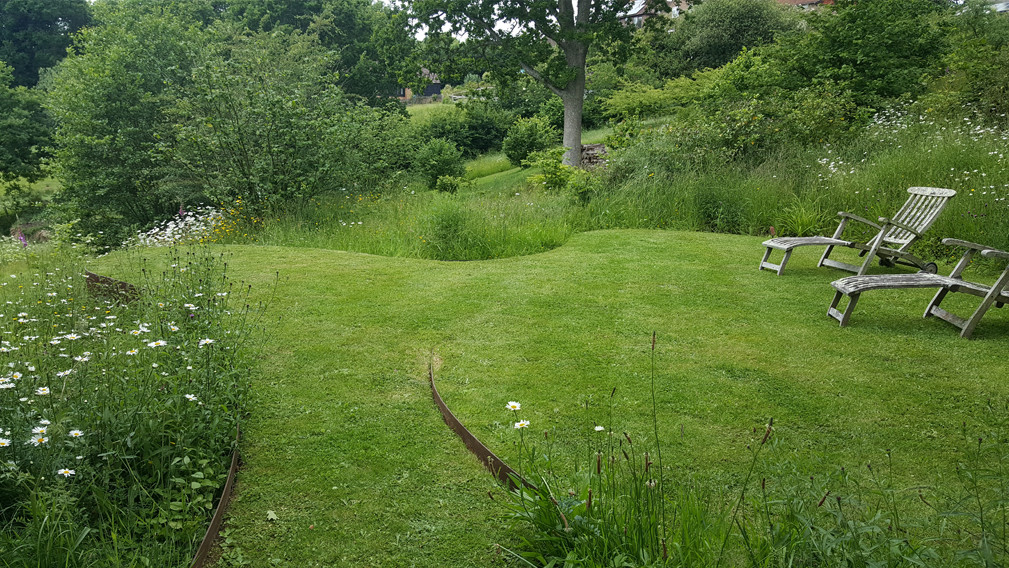 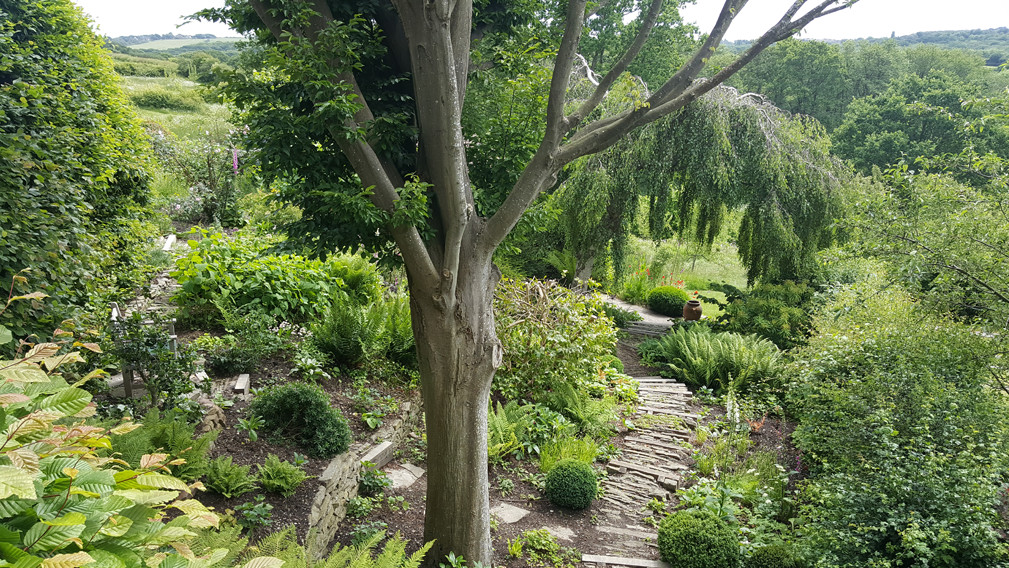 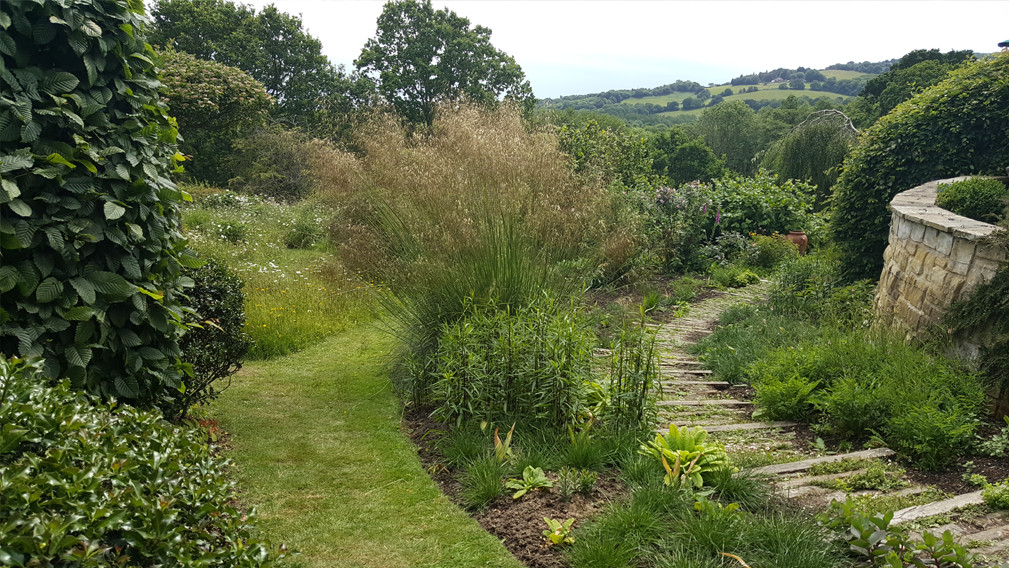 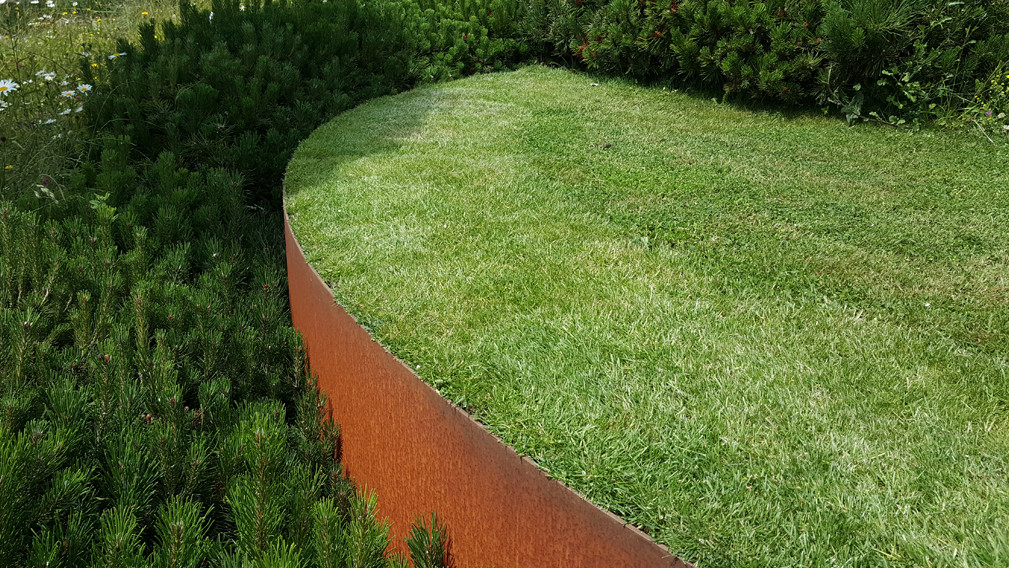